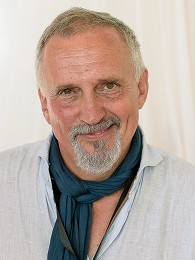 The Danish author Jussi Adler-Olsen (his real name is Carl Valdemar Jussi Henry Adler-Olsen) chose, at the tender age of five, to call himself Jussi after the Swedish opera singer Jussi Björling. He was born in Copenhagen as the youngest of four children. His father was a consultant psychiatrist, which meant that the family often moved from one mental hospital to another. Between the formative years of seven and thirteen, Adler-Olsen lived at Brønderslev on northern Jutland, a place that often features in his books. He studied medicine, politics and film. After running a second-hand bookstore while at university he went on to work as a publisher, proof-reader, editor etc. When he sold his shop he got the means to spend two years working as a volunteer for the Danish peace movement. Between 1993 and 1995 he was head of the Danish TV-guide.