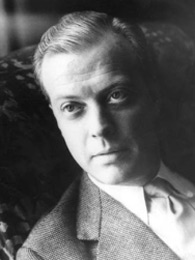 Eric Clifford Ambler was a British author and playwright born in London. His parents were music hall artists, and at the end of the 1920s he joined them on tour. He attended Colfe's Grammar School and studied engineering at University of London between 1925 and 1928. He entered the advertising business in the 1930s, in 1937 he became head of a London advertising agency and a year later he began to work for the film director Alexander Korda. Ambler began to serve as a private in the Second World War, but he was later reassigned to photographic units. After the war he became a scriptwriter for Rank Organisation and wrote screenplays for some of their major successes. He married his second wife, Joan Harrison, in 1958. She was assistant to Alfred Hitchcock and later became a film producer. Ambler lived in Hollywood in the 1960s where he created the television series Checkmate. When his wife retired the couple moved to Switzerland in 1969 and later returned to England.

This is an abbreviated version of the article about Eric Ambler. Please Log in to get the full view of Alex Dictionary of Authors.