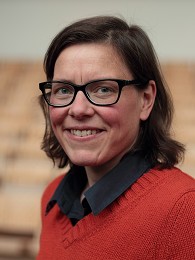 Swedish author, journalist and playwright who grew up in the Stockholm suburb of Tensta in a family belonging to what she calls the "upper working class" – her father was a carpenter and woodworking teacher and her mother an office clerk. Andersson was an elite cross country skier; she attended an upper-secondary school skiing programme in the county of Värmland, but she later switched to the science programme. After graduation she studied at the Poppius School of Journalism and was then employed at the national daily Dagens Nyheter's mobile office. She has also worked as a freelance journalist, she regularly contributes to Svenska Dagbladet and she writes a column for Dagens Nyheter. In 2013, Andersson was awarded the Swedish Publicists' Association "Golden Pen" award with the motivation: "Warm and sharp, she quells every sacred cow in a style so lucid that even the gods weep – reluctantly."

This is an abbreviated version of the article about Lena Andersson. Please Log in to get the full view of Alex Dictionary of Authors.