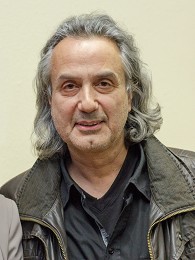 Friedrich Ani was born in Kochel am See, Bavaria. His father was Syrian and his mother was born in Silesia. After graduating from university, Ani moved to Munich where he still lives. He began to write plays for the radio and stage in upper secondary school, some of which he was able to sell. After serving his military service as a civilian at a home for troubled youth, he worked as a crime reporter at the Münchener Merkur while continuing to write plays and short stories.

This is an abbreviated version of the article about Friedrich Ani. Please Log in to get the full view of Alex Dictionary of Authors.