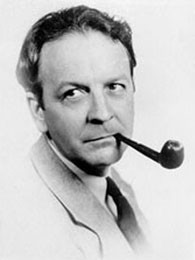 American detective writer, born in Chicago. He spent his early childhood in Wyoming and Nebraska. His parents divorced when he was six years old, and in 1897 he moved with his mother to England, where he become a British citizen in 1907. Chandler received a classical education at Dulwich College in London in 1900-05. In 1905-07, he studied in both France and Germany and next worked as a reporter for Daily Mail and the Bristol newspaper Western Gazette (1908-12), before returning to the USA in 1912. At his return, he settled in California and was eventually employed as an accountant at a dairy in Los Angeles (1912-17).