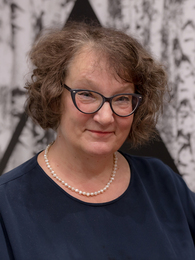 The Swedish-speaking Finnish author Monika Kristina Fagerholm grew up in the Helsinki suburb of Botby gård. Her father was a professor at the Helsinki University of Technology; her mother was a library assistant with a great passion for her job, she made it more glamorous that we are perhaps used to. Monika and her sister gave her film star status when she headed off to work with her hair done and her face made up, wearing her best clothes. Therefore, Monika Fagerholm has never thought of literature as anything but glamorous. As a child she loved the books of Astrid and Barbro Lindgren. During the summer holidays she would play the characters for days, even weeks, on end. She began to write almost before she knew how to, setting off with her pad and pen to interview a family friend, forgetting she had not learned how to write yet. At least that is how she remembers it. A few years later she was ready to write a book of her own. She prepared an exercise book and decided on a title. It eventually dawned on her that she had nothing to tell – yet. Fagerholm read psychology at university and later changed to literature studies, graduating in 1987. She suffered from bad confidence for several years, telling herself that she was "just as good as anybody else", something she had read in some psychology manual. Then she started to write. Together with her husband Kjell Westö she contributed to the cultural magazine KLO, published in Helsinki between 1985 and 1987.