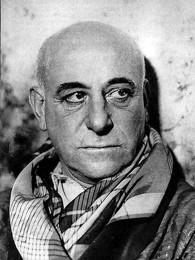 French author and artist born in Quimper, then a typical French provincial town in Finistère, Brittany. During his childhood in small-town Quimper he developed a life-long hatred of bourgeois intrigue, conventions and double standards, although he loved his hometown and the landscape of Brittany, which he kept returning too both in his books and in person during the course of his life. His father was the son of Jewish immigrant tailors and antique dealers, and Jacob was one of six siblings – a sensitive child in a chaotic extended family. He was different even as a boy, both at home and at school, where he was bullied by a gang of classmates who were influenced by their anti-Semitic parents; he even managed to be the most bizarre figure among the bohemian Paris art crowd. Fortunately, his vulnerability was balanced by his fertile imagination and his ability to make fun of himself and others. It meant that he was liked as well as feared, a fact that turned the bullies turned into allies. These two sides of his personality equally informed Jacob's life and work.