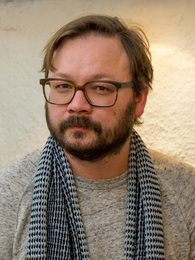 The Norwegian author and journalist Ingar Johnsrud was born in Oslo and grew up in the village of Holmestrand just outside the Norwegian capital. After matriculation he studied Cinema and took a degree in Journalism. His first jobs as a journalist were with the Jarlsberg Avis and NRK, the Norwegian radio. In 2001 he started working at Verdens Gang (VG) where he mainly wrote about politics and the business world. In 2003-05 he worked for VG in Stockholm, covering news like the Knutby case and the murder of Anna Lindh. Once back in Oslo he became a feature reporter for the magazine VG Helg. Since 2016 he has been a full-time author and freelance journalist, and also writes for TV. He now lives in Oslo, is married and has three children. His books have been sold to about 20 countries, including Germany and Italy.