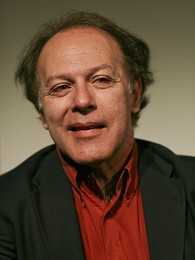 Spanish author, translator and publisher born in Madrid. His mother was a teacher; his father, Julián Marías, was a renowned philosopher who was elected to the Spanish Academy (RAE) in 1964 and imprisoned and persecuted for his Republican opinions during the Franco regime. Because he was banned from lecturing at the university at which he was working after refusing to sign the Falangist manifesto, he frequently travelled to the United States to lecture, for example, at Yale. It meant that Javier Marías spent part of his childhood there. He received a liberal and solid education in Spain where his parents tutored foreign students in their home and often received members of the Spanish intellectual elite. Marías became close to Vicente Aleixandre and many other great Spanish authors from a very early age.

This is an abbreviated version of the article about Javier Marías. Please Log in to get the full view of Alex Dictionary of Authors.