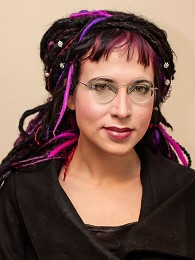 Finnish author Sofi Oksanen had a major impact on the literary scene in the first decade of the 21st century. She grew up in Jyväskylä, 280 km north of Helsinki with a Finnish father and an Estonian mother. Oksanen understood from an early age that there was something shameful about her Estonian ancestry. For example, she had to travel to see her grandmother in secret. She read literature at the University of Helsinki and then dramaturgy at the Theatre Academy Helsinki. Her first play, Puhdistus, was staged at the National Theatre in the autumn of 2006 when Sofi Oksanen was already a household name at the age of twenty-nine. She was awarded the Runeberg Prize and the Finlandia Prize as well as the Nordic Council Literature Price 2010 and Prix Femina Étranger for the book Purge (2008, Puhdistus) on which the play was based. It deals with the past and present history of Estonia and became a number one bestseller in Finland in 2008. Oksanen was one of ten nominees for the title of national author published by the Finnish magazine Image. In 2007, she was awarded the Kalevi Jäntti Prize, the Waltari Prize and the book club Stora finska bokklubben honorary prize. However, when she was about to participate in a poetry reading organised by PEN in St. Petersburg, she was stopped by the Finnish consulate-general, not on account of her anti-Soviet and anti-Russian opinions, but because the consul general considered her a writer of prose rather than poetry.